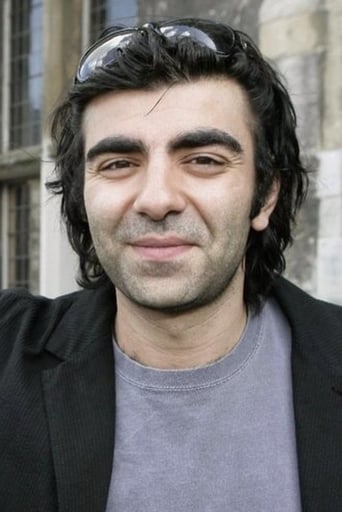 Fatih Akin (Turkish: Fatih Akin, born 25 August 1973) is a German film director, screenwriter and producer. He is of Turkish descent. He has won numerous awards for his films, including the Golden Bear at the Berlin Film Festival for his film Head-On (2004), Best Screenplay at the Cannes Film Festival for his film The Edge of Heaven (2007), and the Golden Globe Award for Best Foreign Language Film for his film In the Fade (2017). Description above from the Wikipedia article Fatih Akin, licensed under CC-BY-SA, full list of contributors on Wikipedia.?